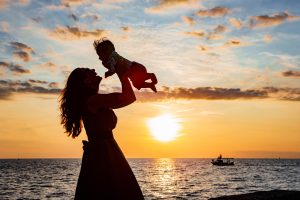 Under Texas family law, certain close relatives of a child may seek managing conservatorship if they can sufficiently show the child’s current circumstances would significantly impair the child physically or emotionally.  Tex. Fam. Code Ann. § 102.004(a)(1).  A sister recently sought custody of her siblings, asserting standing under § 102.004(a)(1).

According to the appeals court’s opinion, the adult sister filed suit seeking to be named the sole managing conservator of her minor siblings a few weeks after her mother’s death.  She claimed she had standing to bring the suit because she was their sister and had “a close and substantial relationship with the children.”

The father asked the court to dismiss the case for lack of standing.  The sister amended her suit to claim standing pursuant to Tex. Fam. Code § 102.004(a)(1).  The sister attached to her brief a copy of her mother’s will, which named the sister and her husband as the children’s guardians.  The father attached a letter to his own brief which showed the Texas Department of Family and Protective Services (“Department”) had ruled out allegations of abuse against him.

The father subsequently submitted documents relating to the adoption of the two adopted children. The initial home study reflected a statement by the sister that she thought her parents would “make excellent foster parents.” She also stated that she was “raised in a very loving and supportive Christian home” and that her parents had not abused her.

The appeals court noted that it is not sufficient for the nonparent to show that they would be better than the child’s parent.  Courts have indicated the statute is intended to provide a nonparent relative standing to seek custody in “extreme circumstances,” such as abuse, neglect, abandonment, or substance abuse.

In her affidavit, the sister stated that she had witnessed domestic violence and abuse of her siblings by her father, including spankings with wooden spoons, whipping a sibling with a dog leash, and exposing the children to pornography.

The appeals court found that the evidence, when considered in a light most favorable to the sister, raised a jurisdictional fact question and the trial court had erred in dismissing her case. The appeals court reversed and remanded the case.

Although it can be difficult for a nonparent to win a custody case against a parent, there are some circumstances where a close relative may be able to do so, including abuse.  If you are thinking of pursuing custody of a sibling, grandchild, or other close relative, an experienced Texas custody lawyer can advise you on the applicable law.  Set up a consultation with McClure Law Group by calling our office at 214.692.8200.