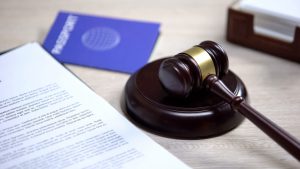 Generally, when a parent wants to modify the parent-child relationship over the objection of the other parent, they must show the court that there has been a material and substantial change in circumstances and that the modification is in the child’s best interest.  Often, modifications address major issues, such as where the child lives or the amount of child support. Modifications can address a variety of issues, however, including things like which parent makes medical or education decisions or whether a parent can travel with the child.

A father recently challenged a court order allowing a mother to travel internationally with the child.  According to the appeals court’s opinion, the parents were named joint managing conservators of the child when they divorced in 2017.  The mother was granted primary custody.  The following year, the mother petitioned for a modification, requesting the right to get a passport for the child and take her to visit her maternal grandfather in The Gambia.  The father objected and the trial court denied the request.

The mother went to see her parents in The Gambia in July 2019.  She testified the father did not respond when she notified him she planned to travel, so she left the child with an aunt in Chicago.

The following August the father petitioned to reduce his child support.  The mother asked the court to increase it.  In October 2019, the father stopped visitation with the child.  He said he had been told the custody schedule was unenforceable and he was awaiting a new order.  He did not see the child until August 2020.  The mother contacted the father and his him to take the child for his scheduled visitation, but said she ultimately stopped because he said he was “not going to show up for [the child].”

The mother denied threatening to keep the child out of the country.  She testified that she did not intend to go back to The Gambia permanently.  She said she is a U.S. citizen with a career, but would earn less than $200 a month in The Gambia.  She wanted the child to meet her grandparents, but said she was willing to accept restrictions limiting her right to travel with the child to countries participating in the Hague Convention. She said she has family in London, Sweden, France, and Germany.  She said the father told her he would not agree to her getting a passport for the child because she made him pay child support.

The mother denied hiding the child from the father.  She said she notified him she was traveling and told him the child was in Chicago when he called her back and asked.  She said she had to miss work and hire babysitters in the period when the father did not see the child.

The court stated it was not fair to the child to be left in the care of another relative because she could not travel with her mother and her father would not take her.  The court stated that situation was not in the child’s best interest. The court said it would authorize international travel to countries participating in the Hague Convention.  The court also stated it did not find a risk of international abduction and would order both parents to cooperate in the passport application.

The father appealed, arguing the trial court abused its discretion when it ordered the modification allowing international travel because the mother had not shown a material and substantial change in circumstances.

A determination of whether a material and substantial change in circumstances exists is very fact-specific. The court may consider whether there has been a “demonstrated inability to co-parent effectively since the time the last order was entered.”  In this case, the father refused to exercise his visitation with the child for 10 months. Additionally, the father testified he was not responsible for taking the child while the mother traveled. He was not willing to take care of the child outside of his scheduled possession.  The mother had testified the father tried to leverage a child support reduction with the passport issue.  The mother had to find alternative care for the child for long periods if she wanted to see her family.  The appeals court found the trial court had not abused its discretion when it concluded there was a material and substantial change.

If there is credible evidence of a potential risk of international abduction, the trial court must decide whether it is necessary to take measures to protect the child.  Tex. Fam. Code Ann. § 153.501. The court must consider evidence that a parent has withheld or concealed the child in violation of the other parent’s right to possession or threatened to do so.  The court must also consider whether the parent lacks financial reason to stay in the U.S., has recently engaged in planning activities that could facilitate taking the child out of the country, or has a history of domestic violence, criminal activity, or violating court orders.

The father testified the mother hid the child while she was out of the country and that she had told him she would not bring the child back if she took her out of the country.  The mother, however, denied those allegations and said she did not intend to relocate.  The trial court had the discretion to believe the mother instead of the father.

This case shows that, in some circumstances, an unwillingness to co-parent amicably may constitute a material and substantial change in circumstances.  A significant issue in this case appears to be the father’s failure to work with the mother to find an agreeable alternative when he objected to her taking the child with her to visit her family. Determinations regarding modifications are heavily fact-specific.  If you want to change custody, child support, or other aspects of a court order relating to your child, a skilled Texas custody attorney can advise you on your rights and potential outcomes.  Contact McClure Law Group online or call 214.692.8200 to set up a consultation.