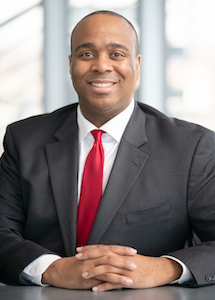 Brandon Joseph is an Attorney at McClure Law Group. As a persuasive advocate, Brandon's intense work ethic and passion for the law make him a real asset to the McClure legal team and their clients.

During his law school years, Brandon gained litigation experience through employment at the Harris County District Attorney's Office where he worked on behalf of victims of family violence and prosecuted well over 500 protective orders with his student trial card.

Brandon was raised in Beaumont and attended West Brook Senior High School. He earned his bachelor's degree in French at Baylor University in 2008. Brandon received his law degree from South Texas College of Law in 2015 and distinguished himself while serving as a Langdell Scholar in property law and as a member of the Varsity Commercial Arbitration Competition Team. His advocacy skills were sharpened by competing in moot court competitions for which he received Best Oralist awards. Brandon received recognition for receiving the top grade in International Criminal Law and Procedure, as well as the top grade in American Legal History: Citizenship and Immigration. Brandon is the 2015 recipient of the Pamela E. George Award for Outstanding Student in Family Law. In addition, Brandon successfully sat for the Texas Bar Exam prior to completing law school, which is something few lawyers have ever done. 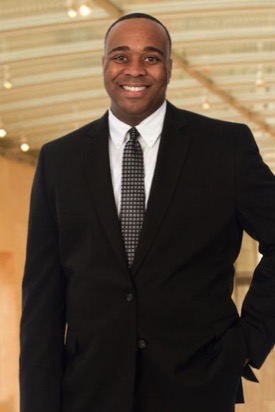 Brandon has proved himself to be a force to be reckoned with in the courtroom. During his first month at McClure Law Group, Brandon successfully persuaded a court to reconsider and overturn its ruling which granted an emergency protective order. Since that time, Brandon has successfully prosecuted and defended against multiple family violence protective orders. Additionally, Brandon has received numerous victories in suits to modify prior court orders, including awards of child custody and child support. Additionally, Brandon has successfully recovered multiple awards of attorney's fees on behalf of clients.

As an attorney trained in collaborative law and a frequent participant in family law mediation, Brandon has also found success outside of the courtroom where he is able to use his strong communication and negotiation skills to ensure that his clients' voices are heard while working toward amicable resolution of a lawsuit.

During his spare time, Brandon enjoys playing the saxophone, clarinet, and studying new languages. Brandon is fluent in French and Louisiana Creole, as well as conversationally fluent in Spanish.