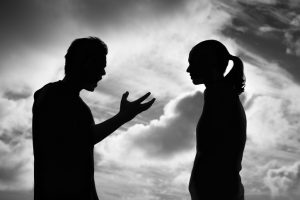 When parents cannot cooperate to make decisions regarding the children in a Texas custody case, the court may give one parent certain decision-making rights, even if the parents are joint managing conservators.  In a recent case, a father challenged a court order requiring him to cooperate in the children’s activities and to pay for half of the children’s tutoring expenses.

The parents were named joint managing conservators of the children in the divorce decree with a modified standard possession order. The mother was granted the exclusive right to designate their primary residence and the father ordered to pay child support.  Each parent was responsible for half of any extracurricular activity the parents agreed upon.

The mother petitioned for modification in 2018, seeking the right to make certain decisions after consulting with the father, continuation of certain extracurricular activities, and therapy for the children.  In a counterpetition, the father asked the court to give him the right to designate the primary residence and receive child support.  He also asked that the mother be required to schedule extracurricular activities only while she had the children.

The court signed temporary orders allowing the guardian ad litem (“GAL”) to choose a therapist for the children.  The court also signed orders allowing the older child to continue with tumbling- and cheer-related activities and the younger child to continue soccer, making the mother responsible for the cost of those activities, and prohibiting the father from attending the older child’s activities or communicating with the children about the activities.

The final order gave the mother the exclusive right to “select, register and enroll the children” in extracurricular and summer activities without regard to possession.  The mother was responsible for the costs of those activities and the father was prohibited from communicating with the children or the organization about the activities without the mother’s consent or at a therapist’s direction.  The mother was also granted the exclusive right to enroll the children in tutoring with the parents splitting the cost.

The father appealed.  He argued the trial court erred in allowing the mother to select, register, and enroll the children in activities during his possession without conferring with him and requiring him to comply.  He argued this right effectively gave him less time with the children.

The appeals court noted that  Tex. Fam. Code § 101.016 specifically acknowledges that one parent may have the exclusive right to make certain decisions when parents are named joint managing conservators.  Tex. Fam. Code §§ 153.071 and 153.134(b)(2)–(4) require the trial court to specify the rights and duties of the parents regarding decision-making, care, support, and education. Thus, the mother’s exclusive right to make decisions regarding tutoring and activities was not inconsistent with the parties’ status as joint managing conservators.

The GAL testified she was concerned the father’s actions disrupted the routine and daily lives of the children.  She said the father had contacted or complained to the professionals who interacted with the children, including both the cheer and soccer organizations. The GAL also said the mother was more flexible in accommodating the children’s activities.

There was also evidence the children needed to consistently participate in their activities to be able to remain in the programs.

The appeals court concluded it was within the trial court’s discretion to find it was in the children’s best interest for the mother to have the right to make decisions regarding their activities. There was sufficient evidence for the trial court to exercise its discretion to make that finding.

The father made a similar argument regarding tutoring. The appeals court noted that the tutoring provision allowed the father to withhold consent during his possession when doing so was reasonable.

The appeals court found there was sufficient evidence to support a finding that giving the mother the right to make decisions regarding tutoring was in the children’s best interest.  The mother had testified that the younger child had a 504 plan because she needed extra help in math.  The mother testified her grades were good since she had been receiving tutoring from a teacher.  The mother testified the father had been okay with the tutoring if it was scheduled during her possession.  The appeals court found no abuse of discretion by the trial court with regard to the tutoring provision.

The father also argued the trial court erred in requiring him to pay 50% of the tutoring expenses without making further findings of the children’s proven and unmet needs.  The appeals court noted that the court had treated the tutoring expenses as out-of-pocket expenses.  There was evidence the younger child needed math tutoring.  The mother testified this tutoring costs $40 per session once a week.  The appeals court found no abuse of discretion in ordering the parties to share the tutoring expense, especially in light of requiring the mother to pay the costs associated with the extra-curricular and summer activities.

The appeals court rejected the father’s other arguments and affirmed the trial court’s order.

Sharing Parental Rights Can Sometimes be Unworkable – If This is the Case, Call McClure Law Group Today

When a parent refuses to cooperate in decision-making or to accommodate the children’s activities, the court may allow the other parent the exclusive right to make those decisions.  If you are considering seeking the exclusive right to make certain decisions, a knowledgeable Texas custody lawyer can advise you.  Set up a consultation with McClure Law Group by calling 214.692.8200.