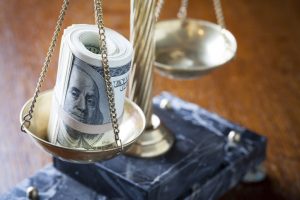 A modification of Texas child support requires the parent seeking the modification to show there has been a material and substantial change in circumstances since the current order was rendered. Tex. Fam. Code § 156.401. A change in income may be a material and substantial change.  A court’s primary consideration should be the child’s best interest.

A father recently appealed the denial of his petition for modification of child support.

The parties divorced in 2018.  The father agreed to pay $2,000 in monthly child support, to provide health insurance,  to make monthly payments for a credit card balance that had been used for his business, and to pay the mother $50,000 in $1,500 monthly payments for her community interest in the business.

The trial court held the father in contempt after he became delinquent in the child-support payments.  The trial court also found he had stopped making the other payments in the agreed decree.

The father petitioned to reduce the child support.  The children who were three and six years old participated in gymnastics.  The younger child had some medical issues, was in her school’s special needs program, and needed speech and occupational therapy.  The older child had been involved with several other activities, but the mother testified she had to stop when the father stopped paying child support.

The father testified he walked away from the business because he was unable to keep up with bills, it “had a lot of repairs,” it lost three large clients, it was evicted, and it had three high-interest loans.  He did not have any evidence of the eviction and admitted that a friend took over the business.

The father provided bank records, including statements for a new company and his personal bank account.  He argued the records showed his income had decreased to nearly nothing. He did not provide evidence of his current income, however. He admitted he earned “3 to 3,500 bucks” working for another company between July and October of 2019.  His new company’s bank records showed he earned $4,208.96 in August and $4,748.85 in September. He paid just $875 in child support and arrearages in August and $75 in September.  He also submitted records showing he earned $682.82 driving for a ride share service for three months. He testified he could not afford insurance for his vehicle and lost that job.

The trial court denied the petition. It found the father was not credible, did not show a material and substantial change of circumstances, and did not show the modification would be in the best interest of the children.

The father appealed.  He argued the finding he was not credible was alone insufficient to support the  denial of the modification because other evidence demonstrated a material and substantial change of circumstances.  The appeals court rejected this argument, noting the credibility finding affected how it viewed the evidence, weighed the evidence, and resolved conflicts in evidence, rather than being considered in isolation.

The father also argued the trial court abused its discretion in not following the child-support guidelines.  A court is not required to apply the guidelines in a modification proceeding, however.

The father further argued the trial court abused its discretion, because the evidence showed a material change in circumstances.  The trial court could have considered testimony that the business’s cash had been used to pay for household expenses and concluded the bank records did not accurately reflect the father’s complete financial circumstances. The appeals court found that, in light of the evidence and the trial court’s credibility finding, the father failed to show an abuse of discretion in the court’s finding he had not demonstrated a material and substantial change.

The father testified he thought the modification would be in the best interest of the children, but the mother testified otherwise.  She testified the older daughter had to stop participating in some activities after the father stopped paying child support.  She testified participation in activities was in the children’s best interest and they would be negatively affected if the child support were reduced.  The trial court could have believed the mother. Her testimony constituted evidence that supported its decision, so the court did not abuse its discretion in finding the father had not shown the modification was in the best interest of the children.

The father also argued the court abused its discretion in admitting the business valuation report into evidence.  The father objected to the report, arguing it was hearsay and not relevant.  The mother argued it was relevant to her allegations the father was intentionally unemployed or underemployed.  She also argued that it fell under the business-record exception to the hearsay rule.  The trial court ultimately admitted the report.

The appeals court affirmed the denial of the father’s petition to modify child support.

Credibility and strong evidence are important when seeking a child support modification based on a change in income. Whether you are seeking or opposing a modification of child support, a skilled Texas child-support attorney can work with you to identify the best evidence to present your case.  Schedule an appointment with McClure Law Group by calling 214.692.8200.