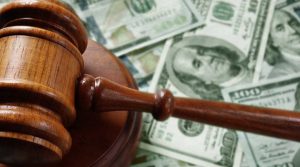 Property possessed by a spouse during or upon dissolution of the marriage is presumed to be community property.  Clear and convincing evidence that the property is separate is required to rebut that presumption.

A husband recently appealed a divorce decree, arguing the trial court erred in finding all accounts in the wife’s name in Bangladesh banks were the wife’s separate property.  The wife claimed the money in those accounts had been gifted to her by their son.  Property acquired by gift or inheritance is generally separate property.  TEX. FAM. CODE ANN. § 3.001.

According to the appeals court’s opinion, the parties’ son testified he had sent his mother $500 a month through an automatic deposit into her bank account since 2006.  He said the money was a gift only to his mother.  The wife testified she had transferred some of those funds into her accounts in Bangladesh.

The wife denied depositing rent money into the Bangladesh accounts.  She testified those accounts were for the money her son gave her. She said she had deposited rent money from the condominium into an account in Bangladesh that she jointly held with her son, but that most of the rent money was either used for taxes or repairs or the husband took it.

The appeals court concluded that the wife’s testimony was evidence that the money in the Bangladesh bank accounts in only her name was given to her by her son.  The husband had not contradicted that evidence, but offered only speculation to counter it.  The appeals court determined the trial court had not abused its discretion in finding the money in the wife’s Bangladesh accounts was her separate property.

The appeals court noted the trial court allocated a larger share of the total community debt to the wife. Additionally, the condominium had been valued at $62,000 two years before the trial and there was evidence the house needed significant repairs.

A court is not required to make an equal division, but must instead divide the property in a just and right manner.  The court may consider a number of factors in making the division. The appeals court did not determine that there had been a disproportionate division, but concluded there was evidence to support a disproportionate division.  There was a disparity in the parties’ financial condition and earning capacities.  The wife had been a homemaker throughout the marriage.  She said the husband would not inform her how much money he made. She said he would tell her he did not have money, but she saw him buy expensive gifts with cash.  She also said he often used cash to travel.  She also testified he had not paid the court-ordered support, which he conceded.

The appeals court found the husband had not shown an abuse of discretion in the property division and affirmed the judgment.

In this case, the testimony of the wife and son was sufficient to support the court’s finding of separate property when the husband did not have any contradictory evidence.  If you are expecting a dispute over property division in your divorce, a skilled Texas divorce attorney help you identify the evidence needed to fight for a fair property division.  Call 214.692.8200 to set up a consultation with McClure Law Group.