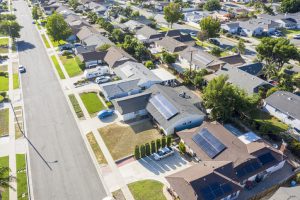 A father recently challenged a trial court’s modification order adding a geographic restriction broader than that he requested.  In the original order establishing the parent-child relationship, both parents were named joint managing conservators, with the mother having the right to determine the child’s primary residence without any geographic restriction.  Both parents lived in Kerr County at the time.

Father Seeks to Modify Prior Order

According to the appeals court’s opinion, the mother got a job and moved to Bexar County before the parties reached agreement on the language for the final order. The final modification order was delayed due to a dispute over where to exchange the child for visitation.  The mother wanted to exchange the child at a location halfway between their residences, but the father wanted her to bring the child to the Kerrville Police Department. The final modification order provided that the mother would deliver the child to his school when it was in session and to the Kerrville Police Department when school was not in session.  The father appealed.

The father argued the court should have restricted the primary residence to Kerr and contiguous counties.  He argued the geographic restriction interfered with his ability to maintain a parent-child relationship and prevented the child from maintaining relationships with his siblings and other family members. The father believed the mother lied about wanting to move to get a better job.  He also believed there were better employment opportunities within Kerr and contiguous counties.

The appeals court noted there was conflicting evidence.  The mother testified she worked part-time at night to support remote learning for her kids during the COVID-19 pandemic.  She said she wanted to move to get a better job that paid more.  She testified that she hoped to go back to school.  She spoke about the stress of living in the same town as the father and his family and visits from Child Protective Services that seemed to be initiated by the father’s family.  She said she was willing to agree to the father’s visitation with the child from Thursday through Monday if he could facilitate the child’s remote learning.  She also said she was willing to agree to the father taking the child on vacation to Mexico if she could take him to the Dominican Republic.  She also testified about the father’s overdue child support.

The Texas Supreme Court has identified a number of relevant factors in determining if a geographic restriction is in the child’s best interest. Those factors include: the reasons in favor of and opposing the move and the parents’ good faith motives in their positions, available opportunities, the effect on relationships with extended family, any emotional, economic, and educational benefits for the parent and child, accommodation of the child’s special needs or talents, the effect on the child’s communication and visitation with the other parent, the possibility of visitation allowing the child to maintain a meaningful relationship with the other parent, and the other parent’s ability to relocate.

The appeals court noted the mother’s testimony indicated the move could “facilitate a more cohesive parenting relationship.” The trial court also could have inferred it would be in the child’s best interest due to the mother’s increased earning capacity and improved lifestyle.  Additionally, the mother indicated she would agree to a modified or extended visitation that would prevent the father’s access from being diminished.

The appeals court also rejected the father’s argument that the trial court’s written order deviated from its oral pronouncement and affirmed the modification order.

The mother in this case provided reasons the move would be in the child’s best interest and the father was unable to show an abuse of discretion.  If you want to move with your child or if you are concerned your child’s other parent may intend to move with your child, a skilled Texas custody attorney can advise you on geographic restriction modifications and how they may apply in your case.  Call McClure Law Group at 214.692.8200 to set up some time to talk about your case.