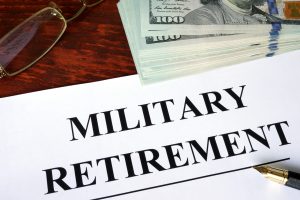 A final and unambiguous Texas divorce decree that disposes of all of the marital property generally may not be relitigated.  The Texas Family Code allows the trial court to keep continuing subject matter jurisdiction to clarify and enforce the property division, but it cannot change or modify it.  In a recent case, a wife challenged an order purporting to clarify the division of the husband’s military retirement nearly 25 years after the divorce.

The parties divorced in 1996.  In the decree, the trial court found they were married for at least 18 years and 11 months and the husband had served at least 13 years and 9 months “of creditable service toward retirement.”

After the wife applied for payment of part of his retired/retainer pay, the husband petitioned for declaratory judgment.  He also sought a declaration that the military retirement income accrued after the divorce was his separate property, that the trial court lacked jurisdiction to divest him of it, and that the decree only awarded the wife 50% of the retirement earned before the divorce.  He requested an order directing distribution of his retirement benefits accordingly and injunctive relief.

In an Agreed Temporary Injunction in June 2016, the wife agreed to hold in constructive trust any sums from the husband’s military retirement in excess of $500 per month.

The husband testified regarding his dates of service and retirement.

The wife testified the parties had married a year earlier than the decree stated, but agreed they were not married during the first four years of the husband’s active duty service.

The trial court found it had continuing jurisdiction and good cause to clarify the decree.  It found the parties had been married for 173 months and the husband had served 86 months creditable toward retirement during the marriage.  The wife’s share was based on 50% of that 86 months of service divided by 173 months.  The court also found the husband was not eligible for retirement at the time of the divorce.  The wife’s share would be the percentage of pay of a reservist with base pay at the amount of the husband’s at the time of the divorce.

The trial court awarded the husband a $44,493.44 judgment.  In the findings of fact and conclusions of law, it found the parties were married for 216 months.  It concluded it did not have jurisdiction to allocate one spouse’s separate property to the other.  The benefits related to the husband’s military service before the marriage and after the divorce were his separate property.

The wife appealed, arguing the trial court did not have subject-matter jurisdiction.

The appeals court noted plenary power to modify the decree expired in 1996 and the deadline for appeals and other remedies were long past.

The husband argued the order did not impermissibly modify the decree but instead clarified and enforced it.  Pursuant to Tex. Fam. Code § 9.006(b), the trial court is permitted to more precisely specify the manner of division without altering or changing the substantive property division.  The court may clarify a division that lacks the specificity to be enforced through contempt.

The wife argued the trial court did not have jurisdiction to order a declaratory judgment.  The appeals court noted the husband made other requests of the court and the trial court had the power to consider them to the extent they sought clarification or enforcement of the decree.

The husband argued the order corrected a fundamental error in the decree, which classified his separate property as community property.  The appeals court, however, noted this was also beyond the court’s power to clarify.  Property is presumed to be community property, and the spouse claiming separate property has the burden of proving it.  The husband did not challenge the findings, so they became final and not subject to collateral attack. The trial court lacked jurisdiction to make findings regarding the marriage’s length and the amount of creditable service that contradicted the decree. The appeals court vacated those findings and the calculation of the wife’s award, because it was based on the vacated findings.

The trial court also  lacked jurisdiction to make new findings regarding the husband’s ineligibility for retirement benefits at the time of the divorce and his reservist income.  These could not be clarifications because there were no similar findings in the decree.

In considering the purported clarification fixing the retirement benefit award as of the divorce’s date, the appeals court noted the Texas Supreme Court has held a property division that divests a spouse of their separate property is not void, but voidable and reversible on appeal.

The appeals court determined the award in the decree was unambiguous in awarding the wife 50% of the husband’s military retirement benefits, plus 50% of the increases.  This award was not limited to what was earned or payable as of the date of the decree.  Again, the husband’s remedy was appeal if the trial court erred.  The trial court’s attempt to limit the award was an improper modification, not a clarification. The appeals court therefore vacated the portions of the order fixing the timing of the award to the date of the divorce and calculating the award as a percentage of the husband’s reservist base pay.

The damage award was based on the improper modifications and was therefore an abuse of discretion.  The appeals court reversed the award and rendered judgment that the funds in the trust account belonged to the wife.

Retirement benefits are a complex part of property division where the full effects of an error often will not be felt for many years after the divorce.  As this case shows, it is important to address any issues during the divorce proceedings or through appropriate remedies promptly after the decree.  An experienced Dallas divorce attorney can work with you to properly address any retirement assets during your divorce.  Schedule a consultation with McClure Law Group at 214.692.8200 for a consultation.