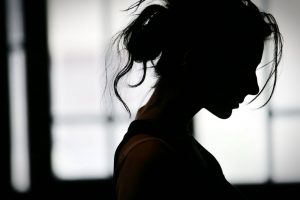 In some Texas divorce cases, how a party requests something can determine if they are successful.  A wife recently challenged part of the property division and the court’s denial of her name change after a second trial.

The appeals court’s opinion states the wife informed the court the parties had agreed two pensions would be divided with “a 50 percent shared interest per each party as of the date of divorce.”  The husband’s attorney agreed that was their understanding of the agreement.

In a memorandum ruling, the trial court granted the divorce and accepted the parties’ agreement as to the fifty-fifty division of pensions.

The husband moved to clarify the memorandum ruling.  He indicated he had not realized the phrase “shared interest of the benefit” was a term of art in a Qualified Domestic Relations Order.  He noted he did not think the court intended a division on “less than an even 50/50 basis.”

The wife argued the agreement was clear and had been stated on the record.  She argued the husband was actually requesting a correction rather than a clarification and that he had not objected to the agreement at the time.

Before the court ruled, the husband moved “to modify, correct or reform.”  He argued there had not been a meeting of the minds and asked for a 50/50 division of the pensions.  The trial court’s memorandum on the motion set the parties’ agreement as to the two pension accounts aside.

The court denied the wife’s motion for reconsideration, with the judge indicating a belief there was no meeting of the minds.

Testimony about the property division at the second trial did not discuss the alleged agreement.  The wife did not attempt to present it as evidence or raise any objection to preserve the issue.

The court granted the divorce and gave each party 50% separate interest in the two accounts.  The wife appealed.

When the trial court granted a new trial, the original judgment was vacated, as though the first trial had not occurred.

The wife also argued the trial court abused its discretion in denying her request to change her name and not explaining the reason for that denial.   Pursuant to Texas Fam. Code §6.706(a), a court “shall” change a party’s name to a name they previously used if they request a change unless the court states the reason for denial in the decree.  The wife argued the trial court erred because the language required it to either grant the change or state a reason for the denial in the decree.

The wife did not plead a name change, but instead first asked for it at the entry hearing of the final divorce decree, well after the second trial ended and the memorandum ruling had been rendered.  A judgment must generally conform to the  pleadings, except when issues have been tried by consent.  Tex. R. Civ. P. 301. The trial court therefore could not grant the name change.

The wife argued the language of the statute refers to a party “requesting” a name change rather than “praying” for such as change. She argued this language did not require a pleading.

Additionally, the appeals court concluded the wife had not suffered harm because she could still petition for a name change pursuant to Tex. Fam. Code § 45.101.