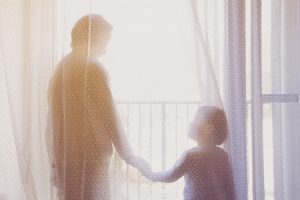 Parents have a fundamental right to make decisions about their child’s care, custody, and control. There is a presumption that a fit parent acts in the child’s best interest.  A non-parent seeking visitation or custody over a parent’s objection must overcome the fit-parent presumption. They must have evidence of behavior or conduct that will probably result in the child’s health or well-being being significantly impaired.  A non-parent seeking custody or visitation must also show that they meet the requirements for standing under Texas family law.

A mother recently challenged a court’s judgment awarding visitation to the child’s paternal grandmother.  According to the appeals court’s opinion, the paternal grandmother petitioned to be appointed as possessory conservator of the child, but subsequently amended the petition seeking possession and access.  She alleged denial of possession and access would significantly impair the child’s health and well-being.  Her affidavit stated she was the parent of the child’s father and the child’s father had been incarcerated for more than three months.  It further stated that the child lived in her home while the father temporarily had primary care of the child because of the “mother’s instability.” She also stated the father was incarcerated because she had made a report “to protect the child.”

The mother did not file an answer or appear at the remote trial.

The grandmother was asked if the child had lived with her for at least six months before she filed the petition and she responded affirmatively.  She testified that the child “was with [her] every single weekend, and sometimes throughout the week.” She said things changed after the mother was awarded “primary care” of the child.  She had lost contact when the mother moved and changed her phone number.

The mother allowed a visit about six months before the hearing.  The grandmother testified she was sure that not letting the granddaughter have visits with her would significantly impair the child’s emotional well-being because the child asked for other family members.

The mother also argued the trial court should have dismissed the case pursuant to Tex. Fam. Code § 153.432(c).  In her amended petition, the grandmother sought possession and access and alleged the child’s health and well-being would be significantly impaired if she were denied visitation.  She also alleged the mother’s rights were not terminated and the father had been incarcerated during the three-months before she filed the petition.  These facts were required for the grandmother to have standing and be awarded visitation under Tex. Fam. Code Ann. §§ 153.432 and 153.433.  The appeals court noted that the grandmother had not provided facts to show denial of visitation would significantly impair the child’s physical health or emotional well-being.  She did not point out any behavior or actions by the mother that would show she was unfit.  The appeals court also noted that evidence the child was glad to see the grandmother or would miss her without visitation was insufficient to show she would be significantly impaired and rebut the fit-parent presumption.

The appeals court found the trial court was required to deny possession and access because the affidavit did not provide supporting facts showing denial would significantly impair the child’s health or well-being.  The appeals court reversed the trial court’s judgment and rendered an order denying the grandmother’s petition and dismissing her case with prejudice.

In this case, the trial court awarded visitation to the grandmother, but the mother was able to get it overturned on appeal.  If you are involved in a custody or visitation dispute, you should contact an experienced Texas child custody attorney right away to protect your rights.  Schedule a consultation with McClure Law Group at 214.692.8200.