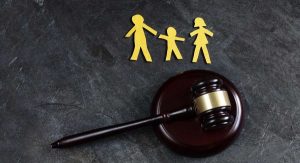 According to the appeals court’s opinion, the parties got married in 2002 and had three children.  The wife petitioned for divorce in September 3, 2019, and requested temporary orders for expanded possession of the children.  The husband asked for equal possession.

When the children were interviewed by Family Court Services, they all indicated they wanted equal time with each parent week-to-week.  They also wanted to stay together.

The associate judge’s report indicated the husband would get standard possession and would be required to pay child support.  The husband sought a de novo appeal. The wife moved for enforcement.

Husband and Wife Agree to 50/50 Possession

At the end of June, the parties stipulated to 50/50 possession and access, but did not resolve the issue of flexibility for the oldest child.

The trial court held a bench trial over Zoom in February 2021.  The husband, the wife, each of their therapists, and an appraiser testified at trial. The attorneys testified as to their fees.

The court signed the final decree on August 21.  The parties were appointed joint managing conservators, with flexibility in possession and access for the oldest child and the other children when they turned 16 and started driving.  The husband requested findings of fact and conclusions of law, but only the wife proposed findings and conclusions.

The husband appealed.  He challenged the trial court’s order that the minor children have exclusive use and possession of the Volkswagen Passat awarded to the husband.  The appeals court concluded this restriction “essentially eviscerated” the award and that the trial court abused its discretion.

The husband also challenged the possession order. The trial court deviated from the standard possession order in appointing the parties joint managing conservators with equal possession.  The court ordered that possession of and access to the oldest child be “afforded flexibility” considering his schedule and wishes.  The parties were to communicate directly about the child’s location if it was ever unknown to a parent during their period of possession.  The trial court also ordered the same flexibility and communication for the other children when they turned 16 and started driving.

Husband Argues Children Given Too Much Discretion

The husband argued the trial court had improperly delegated its authority to the children and that the provision was not specific enough to enforce through contempt.  The appeals court noted that the restriction applied to both parties equally and they had agreed to a similar requirement with regard to the oldest child in the temporary order.  The oldest child had turned 18 by the time the court decided the appeal, so the issue only involved the other children.

The appeals court determined the order only allowed flexibility depending on the children’s schedules and wishes after they turned 16.  It disagreed the order significantly interfered with the father’s possession and access to the extent of denying access without a means to enforce through contempt.

The appeals court also rejected the husband’s challenge to the award of attorney’s fees, finding the trial court did not abuse its discretion in awarding the fees.

The appeals court reversed the restrictions on the use of the vehicle and otherwise affirmed the decree.

Custody matters can be complex, especially for older children.  An experienced Texas custody attorney can help you fight for favorable custody and visitation.  Schedule a consultation with McClure Law Group at 214.692.8200.