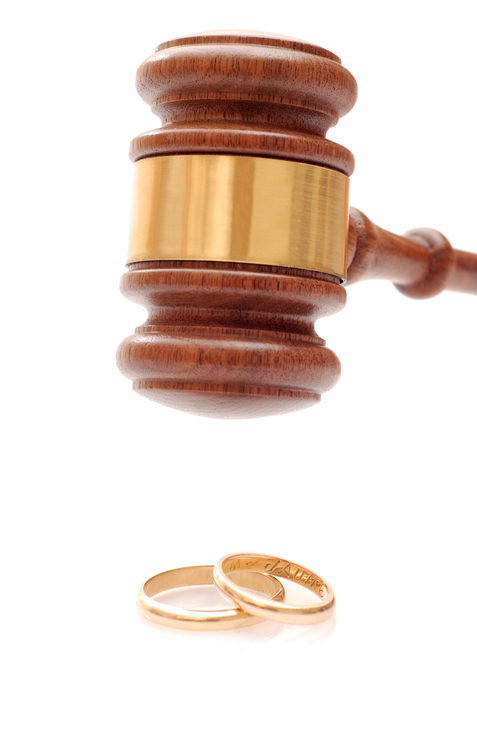 Texas, unlike many states, still recognizes common law marriage (also known as an “informal” marriage). Unlike with formal marriages, a common law spouse often has to prove that the marriage even existed before getting a divorce.  A party may prove that an informal marriage exists by showing that the parties agreed to be married, then lived together as spouses in Texas, and represented themselves to others as married.  TEX. FAM. CODE ANN. § 2.401(a)(2).

The man worked for an airline and added the woman to his travel benefits as a “registered companion.” He later changed her status to “domestic partner” so her mother and children could get benefits.  She told him the airline only allowed same-sex couples to use domestic partner status, but they could submit certain forms showing they were domestic partners.  The notarized affidavit had both of their signatures and stated they “entered into a non-solemnized common-law marriage in the State of Texas on or about 8/1/2014.” The man testified he did not intend to establish a marriage, but only signed the papers to obtain travel benefits for the woman. There were two copies of the affidavit, one with and one without the date of the marriage.  The man testified he did not know if the date was included on the document he signed, but the date had no particular significance to him.  The woman testified it was the date she first moved in with him.

The woman’s will, executed in January 2015, indicated she was “in a common law relationship” with the man and referred to him as her “common-law spouse” and “spouse.” The man denied knowledge of the will.

There were also a number of text messages exchanged in 2015 in which the woman referred to the man as her “boyfriend.” In one text, she stated “I know we aren’t married and that you have zero intention of it.”

In June 2016, there were several texts exchanged regarding the topic of divorce.  The husband took the position that a divorce was not necessary and they had not told anyone they were married.  The woman pointed out they had told the airline they were married and signed the notarized affidavit.  They temporarily broke up, and the woman referred to the man as her “ex-boyfriend.”

They got back together and continued to refer to each other as “girlfriend” and “boyfriend” in late 2016 and early 2017.

The man signed other paperwork during this period representing the woman as his wife.  The woman obtained a military ID indicating she was a military spouse in early 2017.  On the same date, the man executed applications for ID cards for her children, indicating they were his step-children.  The man obtained a military license plate for the woman.  She testified he had to show documentation they were married to get the plates.

The man was asked if he had lied to the military to obtain the ID cards.  He testified there was an event that wives and girlfriends could attend, but girlfriends would not be allowed to fly on the military planes. He also said he did not think the military would accept the document they provided to the airlines in place of the required marriage certificate.

The parties scheduled a wedding for June 2018.  When the woman completed the form, she indicated it would be a “Symbolic (Non Legal)” wedding.  She said they were having a ceremony, but that they were already married and did not need a legal wedding.

The parties broke up permanently in February 2018 and the woman moved out.  In June 2018, she indicated on a loan application that she was “Unmarried.” The Deed of Trust on the property and the warranty deed showed her as a “single woman.”

At trial, the husband argued the parties had only been “married on paper.” He testified he only signed the papers to get benefits for the woman and her children.  He said he may have referred to her as his wife.

The woman argued they had a common-law marriage.  She said the man would tell people they were married “on [their] good days,” but on bad days would just say they were “married on paper.”

The trial court found there was no mutual intent to be married at any time.  The trial court granted the man’s petition for declaratory judgment and declared that the parties were never married to each other.

The woman appealed, arguing the evidence was factually insufficient to support the finding there was no mutual intent to be married.

The trial court found various documents indicating the parties were married were created to obtain certain benefits.  The appeals court found this conclusion was consistent with the evidence. The husband testified his intent was to obtain benefits, and the parties did not represent themselves as married in other documents.

If you are ending a relationship where informal marriage could be an issue, an experienced Texas family law attorney can help you protect yourself and your rights. Call McClure Law Group  at (214) 692-8200 to talk about your case.