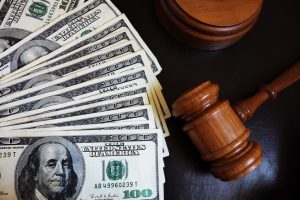 The Office of the Attorney General petitioned to establish the parent-child relationship, asking the court to determine the child’s parentage and order conservatorship, possession, access and support.

The father testified he earned $25 per hour working as a contractor, but the availability of the work varied.  At the time of hearing, he worked between 32 and 60 hours per week.  He also testified he had the child the majority of the time and requested the right to establish the child’s residence, but he had not filed paperwork to be named primary custodian.  The father testified his parents kept the child during the day.  He said he spent a lot of time at their house and went home after putting the child to bed.

The mother said she wanted the right to establish the child’s residence because he lived with her.  Although visitation was supposed to be Monday through Wednesday, she said she let the father’s parents keep the child on Thursdays when they asked.  The mother claimed the child was with the grandparents and not with the father.  She testified she wanted less child support than the guidelines provided.  She only asked for $200 per month, partly because the father’s parents provided daycare.  The mother did not request retroactive or back child support.  She testified she could add the child to her insurance at her job.

The trial court adjudicated the father as the child’s father and named both parents joint managing conservators with a standard possession order.  The trial court gave the mother the exclusive right to determine the child’s primary residence and ordered her to add the child to her insurance.

The father appealed, arguing there was not any evidence supporting the trial court’s conservatorship and child support decisions.

The father argued there was insufficient evidence the mother had primary care, custody, and control of the child.  He argued she not should have the right to decide the child’s primary residence and he therefore should not be required to pay child support.

The appeals court noted, however, that even a parent with primary custody may be obligated to pay child support to the other parent.  Previous case law has noted that a parent without primary custody may need financial assistance from the other parent to provide the child with adequate living standards.  The trial court has discretion to determine and order support obligations that are in the best interest of the child.

This case shows that child support may be available even when the parents have joint custody. If you plan to seek child support, a skilled Dallas child support attorney can help you. Call 214.692.8200 to set up a meeting with McClure Law Group to discuss your case.