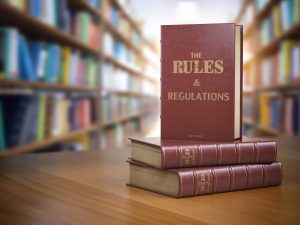 A mother recently challenged the trial court’s jurisdiction after it issued temporary custody orders.  According to the appeals court’s opinion, the father petitioned for divorce and requested a temporary custody order.  The wife filed a counterpetition and asked for a custody determination.  After the trial court entered temporary custody orders, however, the mother alleged it did not have jurisdiction over the custody case and asked the court to dismiss the temporary orders and pending custody suit. The parents agreed to the temporary orders at the hearing.  The mother subsequently moved to dismiss the custody case, alleging the court did not have subject-matter jurisdiction over the custody matter.  After the hearing, the trial court found the child had never lived in Texas and had lived in Japan for the six months before the father filed his petition. The court concluded Chapter 152 of the Texas Family Code governed the subject-matter jurisdiction of the custody matter. The court also found the child’s “home state” under Tex. Fam. Code § 152.105(a) was not Texas, but Japan. The trial court determined it did not have subject-matter jurisdiction to make an initial custody determination pursuant to Tex. Fam. Code § 152.201 and that it could not acquire it by consent of the parties.

The appeals court found the trial court was correct in determining it did not have subject-matter jurisdiction over the initial custody determination. A child’s home state is the state where the child lived with either a parent or person acting in that role for at least six consecutive months immediately before the custody proceeding commences. Tex. Fam. Code § 152.102(7). A foreign country is considered a U. S. state for purposes of the Uniform Child Custody Jurisdiction and Enforcement Act (“UCCJEA”), codified in Chapter 152 of the Texas Family Code. Tex. Fam. Code § 152.105.

The father admitted the child lived in Japan with her mother for the six months immediately before he filed the original divorce petition.  Nothing in the record indicated Japan declined jurisdiction.  Thus, the child’s home state was Japan.  The father failed to show the Texas trial court had subject-matter jurisdiction.

International divorces can be complex, especially when there are children involved. Because jurisdiction can be affected by where the child lived in the six months before the commencement of the proceeding, when the case is filed can be determinative in whether Texas has jurisdiction.  If your child may be moved out of the country or even out of Texas, you should seek the guidance of a skilled Texas custody attorney right away.  Set up a consultation with McClure Law Group at 214.692.8200.