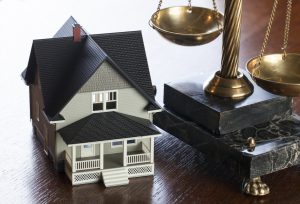 Some people may assume that property held in only one spouse’s name is that spouse’s separate property, but that is not necessarily the case.  In Texas, property’s character is determined based on when and how it is acquired.  Additionally, in a Texas divorce, property acquired during the marriage is presumed to be community property.

In a recent case, a husband challenged a court’s characterization of certain property held in his name as community property and awarding it to the wife.

According to the appeals court’s opinion, the parties acquired multiple pieces of real estate, some in both their names and some in only the name of the husband, while they were married. When they divorced, the three properties that were the subject of the appeal, referred to by the court as the “Three Properties,” were held by the husband, but the wife alleged they were the community property.

The husband argued they were his separate property. He testified he bought them with cash from a personal asset trust established at the death of his parents before the marriage.

The wife argued that the corpus of the trust became community property because the husband was trustee and had access and control over it.  She also argued the husband had commingled funds by depositing community funds into the trust and violating its terms.

The trial court found the husband had not proven he bought the Three Properties with separate property.  The court instead found they were bought with community property and awarded all of the husband’s interests in them to the wife.

The husband appealed. The appeals court pointed the statutory presumption that property “possessed by either spouse during or on dissolution of marriage” is community property.  Tex. Fam. Code § 3.003(a).  The husband had the burden to rebut the presumption.

The Three Properties were acquired while the parties were married.  The husband argued, however, that they were his separate property because he bought them with funds through a trust and the titled to the funds vested in him before the parties got married.

The husband had to prove he purchased the Three Properties with separate property funds by clear and convincing evidence.

No expert witnesses testified for the husband.  Instead, he testified that he purchased the properties with funds from his personal asset trust that he said was separate property.

The appeals court noted that the husband had acknowledged depositing community funds into the trust, meaning he commingled funds.

Proving Separate Property Can be Difficult, and the Consequences Can be Costly – Call McClure Law Group Today to Help

A spouse claiming separate property must have evidence to prove it.  A knowledgeable Texas divorce lawyer can work with you to determine if you need an expert witness, documentation, or other lay witnesses to support your claim.  Set up a consultation with McClure Law Group at 214.692.8200.