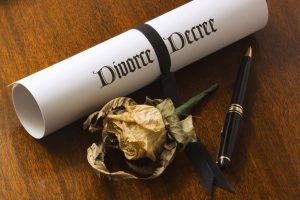 A Texas marriage can end through either death or a court’s decree.  If a party dies before judgment is rendered in a divorce case, the divorce case abates. In a recent case, a husband challenged a divorce when the decree was signed after the death of the wife.

At the trial on September 17, 2019, the court informed the attorneys that it needed time to make its rulings regarding the property.  The court said it would email the parties with the decision. The proceedings resumed after a break on the record and the court pronounced the parties divorced and said the entry of the final decree would be ministerial.

The court emailed the attorneys on October 4 detailing the property division.  The court instructed one of the attorneys to prepare the decree and stating the attorneys should confer and determine which would send an email to the court if anything was omitted.  The email was not filed with the clerk.

On November 8, the court emailed the parties, indicating it intended to set the case for a hearing for dismissal for want of prosecution because no decree was submitted.  The court set the hearing for December 13, but subsequently cancelled the hearing by email. In the email, the court asked the parties to resolve whatever had delayed the order during the next six weeks.  The court further advised that if there was not an order prepared by January 24, it would likely dismiss the case.

The wife died on or about December 19.  The husband filed a first notice of death, motion to abate, and motion to dismiss.

The dismissal hearing on January 24 was focused on whether the court still had jurisdiction. The wife’s attorney stated he prepared the decree pursuant to the court’s instructions. The husband’s attorney had redlined it, and the wife died before the wife’s attorney could meet with her. Neither party had signed.

The court modified the decree, added exhibits, and signed it as modified. In doing so, the court denied the husband’s motions. He ultimately appealed.

The husband argued the decree was void because the trial court lost jurisdiction upon the wife’s death before a full and final rendition of judgment.  He argued the oral rendition was interlocutory and the email did not constitute a rendition because it was not filed or officially announced on the record.

An oral pronouncement must express an intent to render a full and final judgment. In this case, there were still issues left to be resolved. The appeals court found the oral rendition did not constitute a full and complete judgment.

The husband argued the email was not a rendition of judgment because it had not been filed with the clerk, but the appeals court noted that whether the judgment was in final form was a different issue from whether it had been rendered.

The husband also argued the email was not a full and complete judgment showing an intent to render judgment.  The appeals court pointed out the email was less than a page long and only included 10 short rulings.  The court also expressed the possibility it had “missed something” and asked the attorneys to notify it of anything that had not been addressed.  Because the email left open the possibility of additional rulings, it did not show an intent to render a full, final and complete judgment at the time.

Additionally, the parties did not present a final decree to the court until after the wife’s death.  The appeals court noted that the decree was 14 pages, showing it included additional provisions that were not covered in the email.

When a divorce case is dismissed due to the death of a party, the property is not divided.  Instead, the deceased spouse’s assets will generally pass according to their estate plan or other applicable law. A party involved in a divorce may want to consider updating their will or other estate planning documents.  If you are facing a divorce, an experienced Texas divorce attorney can help.  Call McClure Law Group at 214.692.8200 to schedule an appointment.