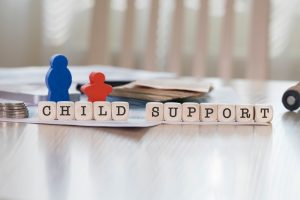 The father failed to appear at trial in April 2021.  The court denied all modifications to conservatorship, possession, and parental rights and duties, but did confirm $24,082.48 in arrearages and increased child support to $1,700 per month.

The court entered findings of fact and conclusions of law following a request by the mother.

The mother appealed, arguing the child support amount was not supported by the court’s findings.

The child support guidelines provide for 25% of the obligor’s net monthly resource for two children as the presumptive amount that is in the children’s best interest. Tex. Fam. Code § 154.122.  The trial court found $2,300 was 25% of the father’s net monthly resources.  The court also found there was no evidence rebutting the presumption that 25% was in the best interest of the children.  The court acknowledged it was required to provide specific reasons for a variance from the guidelines, but failed to provide findings supporting the amount of the award.  In fact, the trial court even specifically stated no findings were made regarding specific reasons for the variance.

Additionally, the mother argued the trial court abused its discretion when it denied her other requested modifications because she had provided uncontroverted evidence the father had stopped being part of the children’s lives.  The trial court found the father had not spoken to or seen the children in the nine months before the trial.  The appeals court acknowledged that the findings did not support the denial of the modifications, but also pointed out that they did not unequivocally support the modifications either.  The appeals court was unable to determine the trial court’s reasoning for denying the mother’s modifications and therefore reversed and remanded the order as to conservatorship, possession, and parental rights and duties.

This case shows the potential consequences for failing to appear.  The mother’s evidence regarding the father’s income and resources were accepted by the court without input from the father. The court could not deviate from the guidelines without identifying reasons for the variance.

If you are dealing with a custody or child support issue, the knowledgeable Texas child support attorneys at McClure Law Group can help.  Schedule your consultation by calling 214.692.8200.