Tex. Fam. Code § 160.603 provides that the child’s mother and the “man whose paternity of the child is to be adjudicated” “must be joined as parties” in a suit to adjudicate parentage.  The appeals court noted, however, that Texas courts have held that this joinder provision is not jurisdictional.

Tex. Fam. Code § 160.604, however, provides that a person may not be adjudicated a parent if the court does not have jurisdiction over them.  A court can only have personal jurisdiction over a defendant if there has been valid service of process.

The putative father in this case was not served and therefore was not joined as a party to the suit.  He had passed away over four years before the suit was filed.  The trial court did not have personal jurisdiction over him.  The appeals court also noted that the language of Tex. Fam. Code § 160.604 does not allow a person to be adjudicated a parent posthumously.

The petitioner argued that public policy and Tex. Fam. Code § 160.604(c) allowed him to seek adjudication.  The appeals court pointed out, however, that § 160.604(c) provides that the court is not precluded from making an adjudication of parentage binding on a person over whom it has jurisdiction just because it does not have jurisdiction over another person.  In this case, the petitioner was seeking to have an adjudication of parentage binding on the putative father, over whom the court did not have jurisdiction. 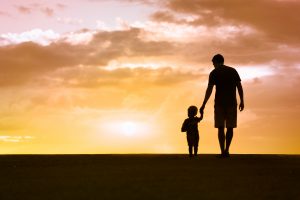 This case is a reminder that there may be a limited time to adjudicate parentage.  If you are considering seeking adjudication of parentage for your child or even yourself, you should contact an experienced Texas family law attorney right away. Call McClure Law Group  at 214.692.8200 to set up a consultation.