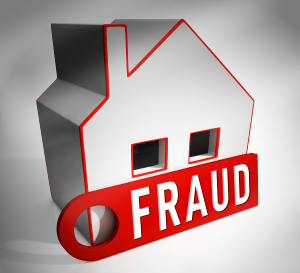 The husband moved for directed verdict on those tort claims. He argued the wife had not presented evidence showing the purchase was made with her separate property.  He also argued she was not harmed, because the purchase increased the value of the community estate.  The wife ultimately expressed a desire to recover the separate property she used to make the purchase.

There was conflicting evidence on the source of those funds.  The wife testified the money came from accounts she had before they got married, but the husband testified they saved at least some of the money during the marriage. The wife did not provide any tracing evidence to show the origin of the funds.  The trial court found she failed to overcome the community-property presumption with clear and convincing evidence.  The trial court granted a directed verdict on the tort claims and rendered a verdict on the other issues.  The wife appealed.

She argued the trial court erred in granting the directed verdict and in finding there was no evidence of damages to her separate property.  She also argued the court erred in applying a clear-and-convincing standard.  She argued that the jury had to decide if a community interest was acquired by theft, fraud, or breach of fiduciary duty by the husband before the court could determine if the purchased interest in the practice was separate or community property.  The husband argued the purchased interest was presumed to be a community asset because it had been purchased during the marriage and that the wife had failed to rebut the presumption.

The wife testified part of the purchase money had been transferred to her checking account from a mutual fund she had before the parties married.  She testified she obtained the other funds by a “loan through [her] business.” She offered bank statements showing deposits and withdrawal, but did not provide evidence showing the origin of the funds that were wired into her account or the loan.

The husband testified part of the money had been saved while the parties were married.  He said the wife had saved $1,100 per month before they got married and they saved $4,000 per month during the marriage.  He also identified a $150,000 loan the wife had used for part of the purchase price.  She had acknowledged the loan as income and it therefore could not be characterized as separate property.

She argued the trial court could not properly divide the property until it resolved her tort claims.  The trial court pointed out her loss would not be identified until the property division occurred. The court asked what evidence she had presented to show her separate property had been converted into the purchased interest, but she responded that she would not have made the purchase if she knew it would become community property. The wife had testified about the funds used to make the purchase, but her testimony conflicted with the husband’s.  Additionally, she had not presented evidence showing the inception of title of those funds.  The trial court therefore found she had not presented clear and convincing evidence the purchase had been made with her separate assets. The appeals court found no error in this conclusion.

The appeals court also found the wife had not identified any evidence in support of her fraud claim showing the husband had represented he would structure the purchase as separate property.

The appeals court found the wife failed to overcome the community-property presumption. The trial court could not submit the tort claims to the jury without sufficient evidence showing the purchase was made with separate property. There was no error in granting the directed verdict motion and the appeals court affirmed the judgment.

If you are considering divorce and have complex assets, an experienced Texas divorce attorney can help you. Schedule a consultation with McClure Law Group by calling 214.692.8200.