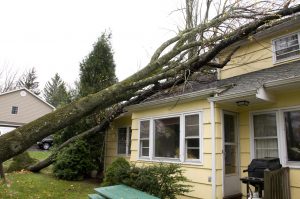 A husband recently challenged a trial court’s denial of his reimbursement claims.  According to the appeals court’s opinion, both parties had significant separate property when they married in 2010.  The husband owned one home and the wife owned two.  They bought a new house 2014.  The husband sold his home and used $141,000 of the proceeds for the new house.  The wife sold one of her homes and used $150,000 from that sale on the new home.

The husband also paid about $70,000 for a pool at the new house.  He claimed the funds were his separate property, but the wife testified she thought he had used community funds.

The wife maintained her other home as an investment property and let her stepdaughter and step-grandchildren live there for more than ten years.  The house developed mold and water damage in 2020, making it uninhabitable.  The husband paid $5,430 by credit card toward the remediation.  The wife received more than $20,000 from homeowner’s insurance, but did not share the recovery with the husband.  She sold the property for about $130,000 before the repairs were finished.

The husband petitioned for divorce in December 2020.  The court signed the final divorce decree the following June, after a bench trial.  The husband received a 23% separate interest and the wife a 24.47% separate interest in the house they had purchased.  The decree did not require the wife to reimburse the husband for the payment he made on the repairs to her house, nor did it address the amount he paid for the pool at the new house.

The husband appealed, arguing the court erred in treating the payment for the pool as community property.  He argued the trial court should have awarded him a greater separate interest in the new house and that it had implicitly found his $70,000 was community property.

The appeals court noted the husband was essentially asking for credit for a capital improvement to a community asset.  According to Tex. Fam. Code § 3.402, a claim for capital improvements other than by incurring debt constitutes a claim for reimbursement.  The statute requires courts to resolve reimbursement claims by applying equitable principles.

The husband also argued the trial court erred in failing to order reimbursement for the credit card debt for the remediation of the wife’s house.  The appeals court again found the record supported the trial court’s denial of reimbursement.  The husband had not properly pleaded his claim and had asked to court to order reimbursement to the community estate instead of himself.  Additionally, the parties had executed an agreement stating that increases in value to the wife’s house as a result of contributions of community property or either parties separate property would be deemed a gift and remain the wife’s separate property.  The husband acknowledged at trial that he waived any right to reimbursement related to the wife’s house when he executed the agreement.  The appeals court also noted that the trial court could have reasonably denied the reimbursement claim based on principles of equity.  The wife had allowed the husband’s daughter and grandchildren to live in the house rent-free and there was evidence they had contributed to the damage.

The appeals court found no abuse of discretion in the denial of either reimbursement claim and affirmed the trial court’s judgment.

Not Sure if You Have a Reimbursement Claim? Call McClure Law Group Today.

If your separate funds or community funds have gone toward improving your spouse’s separate property, a reimbursement claim may be appropriate.  The skilled Dallas divorce attorneys at McClure Law Group can work with you to determine if you are entitled to reimbursement and what evidence is needed to prove it. Call 214.692.8200 to set up a consultation.