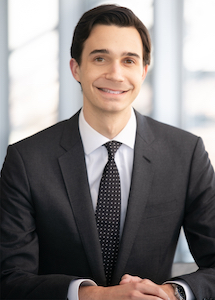 Jackson Olesky is an Attorney at McClure Law Group.

Jackson was born and raised in Dallas, Texas. He attended Parish Episcopal School in Dallas and then earned a bachelor’s degree in history and political science from Indiana University-Bloomington. After college, Jackson returned to Dallas and earned his JD from SMU Dedman School of Law.

While in law school, Jackson participated in SMU’s federal judicial externship program and was involved with moot court. Jackson was recognized at graduation as part of the SMU Pro Bono Honor Roll for completing more than 500 hours of public service while in law school.

In his free time, Jackson enjoys running, spending time with friends and family, and watching sports, especially the Dallas Cowboys.